So, as a newbie, both to the club and hunting, when the opportunity for a fly in hunt to the Tararua’s was made available, I leapt at it! But because I still needed to learn so much, I needed a strategy. I decided to target the oldest, most experienced and weathered companion for the trip I could find, and stick with him. And when his last name was Sayer, and we were staying in Sayers Hut, Paul Sayer was my chosen mentor. 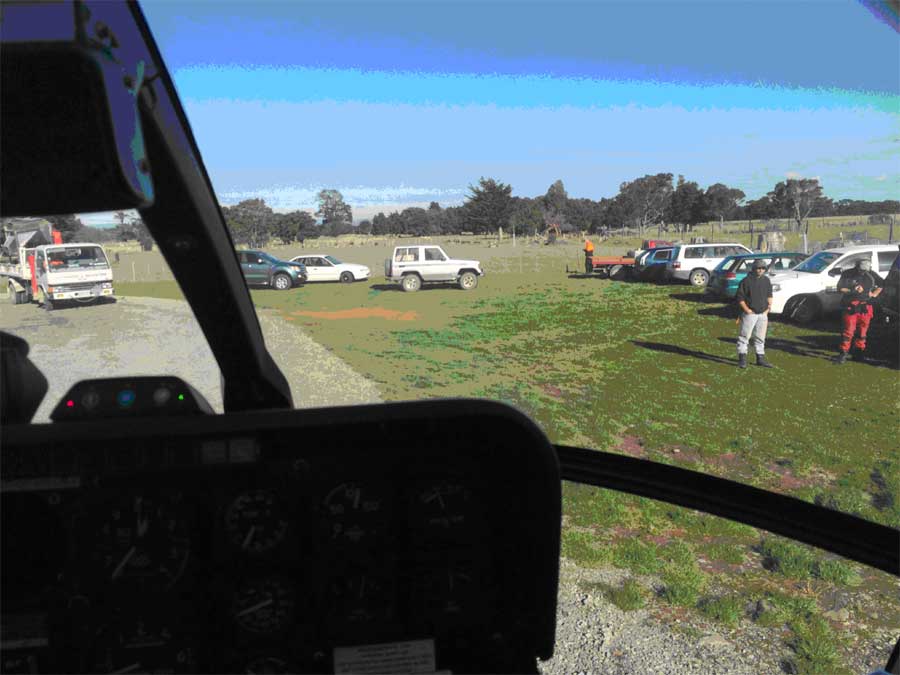 I arrived at Amalgamated Helicopters a little early and showed my immediate inexperience when the pilot said we were waiting to make a decision about whether or not the trip was on. Even though it was a lovely day on the flats ,I quickly learnt the forecast wasn’t that great with strong NW winds predicted over the Tararua Ranges.

Paul O’Donoghue, Paul Sayer and myself had a fantastic flight into the Waiohine Gorge and even saw a couple of pigs as we came in. The old deerstalkers Hut was fantastic, full of character and very comfortable. Paul Sayer kept disappearing to the “local store” and would come back with more supplies. 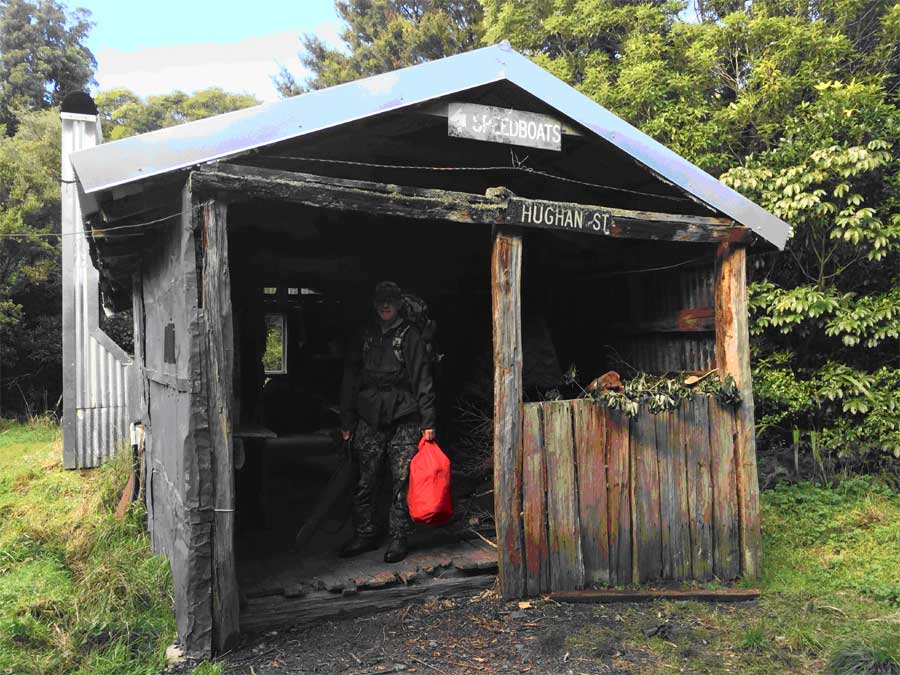 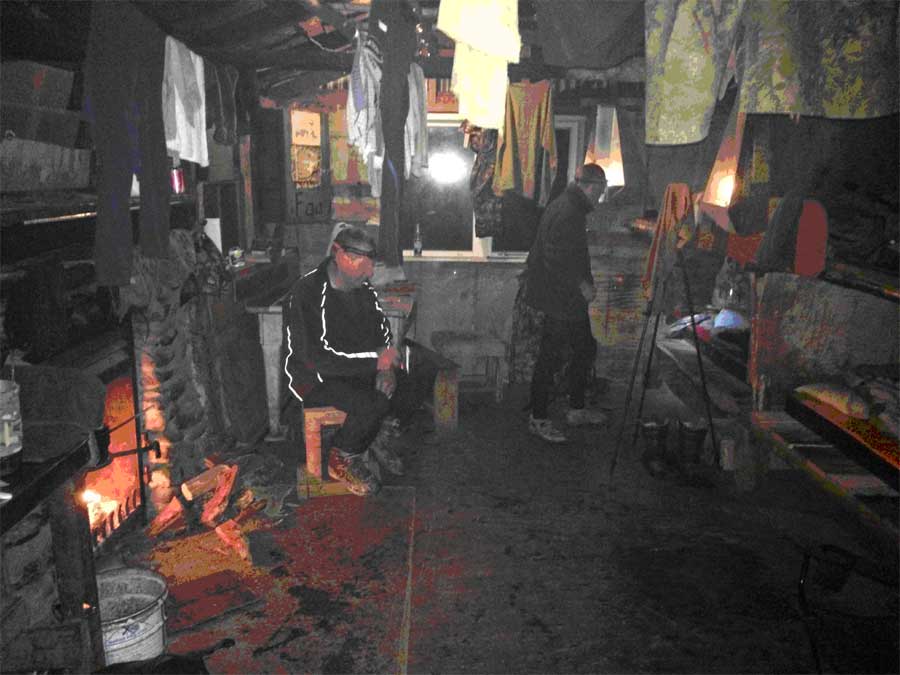 That evening the three of us headed out for a late afternoon hunt and very quickly came across a deer feeding in a clearing. Being the good sorts the two Paul’s are, they gave me first shot. Being the novice I am, I missed the deer and let in run away, never to be seen again for the rest of the trip! The rest of the night was spent beating myself up for missing the opportunity to bag one early in the trip and take the pressure off. 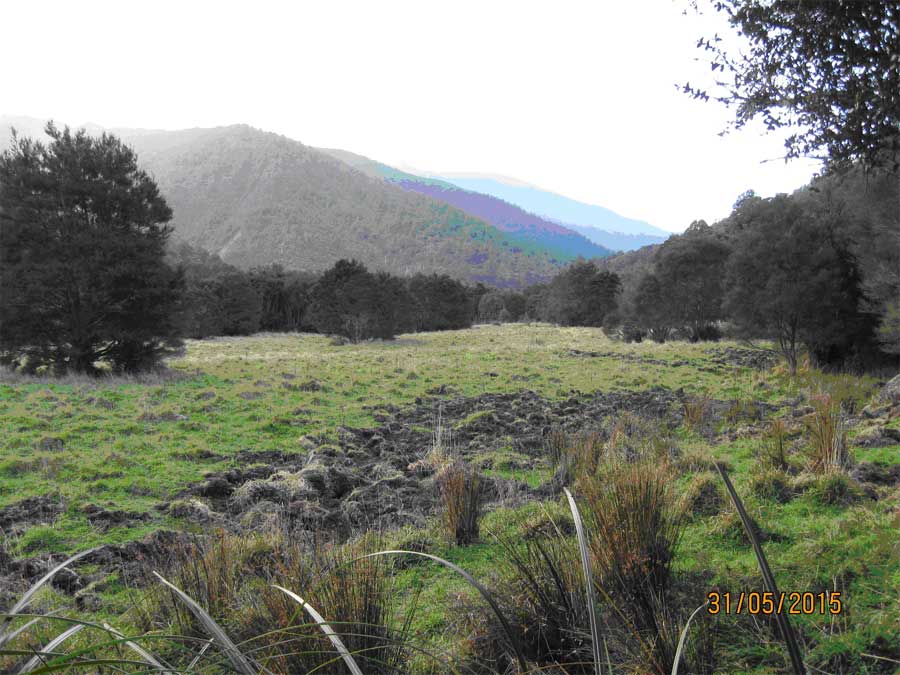 The next morning Paul Sayer and I headed off, well more like Paul headed off and I followed, for a hunt. Nothing was seen, so we went for a bit of a familiarisation walk down to Totara Flats Hut, another first for me. It was a great chance for me to hear some stories from my companion about the past and his knowledge of the area was legendary. 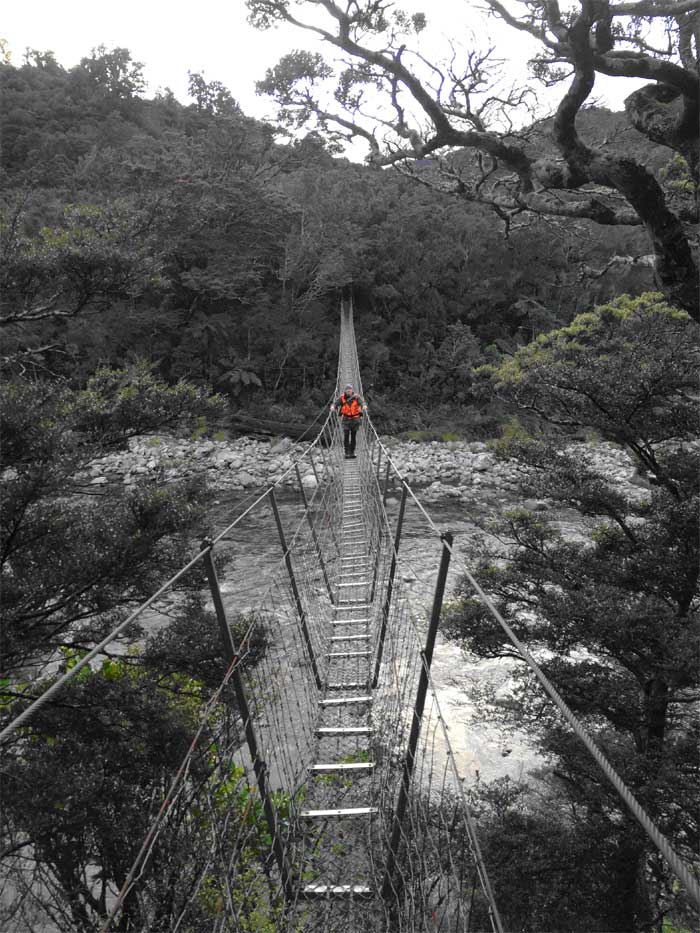 That night the other Paul and I headed out together to the same spot we saw the deer on the first day, but nothing showed. We heard two shots and the radio sparked in to life with Paul Sayer calling for assistance to get the 100lb boar he had just shot back across the river to the Hut. Now I was really confused because I thought we were Deer Stalkers, but who’s counting! It turns out the second shot was because apparently a wounded boar can get quite grumpy when the old guy that just shot him gets too close. So Paul O’Donoghue and I dragged the pig back across the river to help save Paul Sayers dodgey knees in the dark .
Sunday morning, the old team reunited (myself and Paul Sayer) and we headed out. Old eagle eye quickly saw four stags in the early light and we stalked up to a vantage point. As I was still trying to get myself into position, a voice asks if I’m ready, I say no, but it appears his hearing isn’t as it used to be and a shot rang out, causing deer to scatter, and me to scramble for a shot. Nothing down yet, so I manage to get one in my scope, fire, watch it drop, then fire once more to make sure it doesn’t get away. In total, six rounds were fired off! We both claimed to have shot a deer and head forward to claim our respective deer. However, only one lay dead! A discussion ensued along the lines off “I shot first and it leapt up and took off”, I saw one come into view and shot it so it must have been yours”, “I shot at another couple but not sure where they went”, “I fired the kill shot, lucky for you Paul”, I gut shot it so slowed it down for you Ian”….you get the picture!

We butchered the animal and I got the job of carrying out the hind quarters and Paul shoved the boned out meat down his jacket, still debating over the fact that we were sure we got two animals but how embarrassing, six shots, one deer. 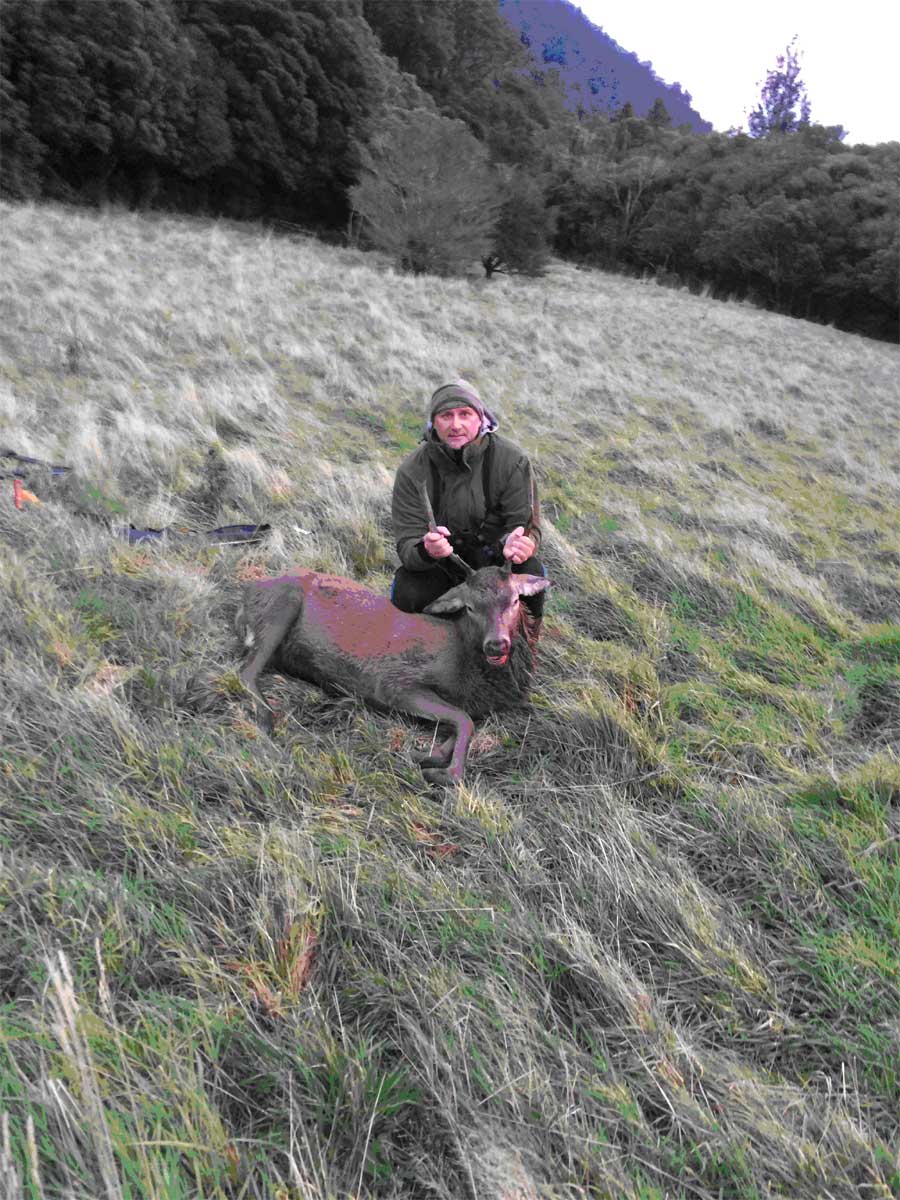 On getting back to the Hut, we phoned Amalgamated Helicopters who confirmed they couldn’t get in to pick us up due to high winds, so we were in for one more night. None of us really minded. By this stage we had been joined in the Hut by a couple of young hunters and their black labrador dog. They were very respectful, nice guys and made great company.

On our last morning, we went out for one more look, but no one saw anything. We heard a rifle shot and thought the young guys must have got something. Back to the Hut, they told us how they were hunting where we got the deer the day before, and found an animal sitting under some trees. They shot it, before realising it was already dead. Obviously our second deer from the day before….gut shot by Paul! That meant I claimed the one we had and we both spent the next hour lamenting how we missed finding it despite searching for it, and the lost meat. We told the young guys they could go salvage the back straps, so they didn’t leave empty handed and not all the meat was wasted.

We decided a leisurely pack up was on the cards, having left ourselves plenty of time. But suddenly, we hear the helicopter coming in an hour early to surprise us! Lucky we were ready, and had a stunning flight out.

In all seriousness, I want to thank the two Paul’s for their mentoring and willingness to share their knowledge and try to teach this old dog some new tricks. They were unselfish in letting me have first shot and I came away having learnt so much. Thanks guys, that’s why I joined NZDA and I wasn’t disappointed.

Formed in 1937, the New Zealand Deerstalkers’ Association is New Zealand’s recognised National body representing and speaking for hunter generally. The fundamental aim of the association is to ensure … END_OF_DOCUMENT_TOKEN_TO_BE_REPLACED